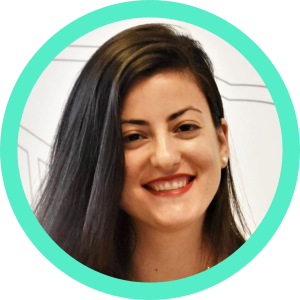 The Rise of Impact & Sustainable Investing

Founding an Investment-Worthy Startup With a $100 Budget

Efrat Shalem February 16, 2021
Read More »
The high-tech world is a tough one, full of moral conflicts. In this post, we will talk about social entrepreneurship, money, and how these two manage to work together, if at all.
Facebook
Twitter
LinkedIn

** This post was featured in Hebrew on Lastartup Magazine for Israeli social entrepreneurs.

“We’re making the world a better place” is a phrase commonly used by entrepreneurs to justify their ventures. But does everyone really put this lofty social goal at the forefront of their company meetings, investor presentations, and before they turn off the light at night? The simple answer is “No”. No, because there are some things that sound great in keynote lectures and cover stories, but when the moment of truth arrives when the social purpose clashes with the money bag, the choice becomes a little bit more complex.

According to Wikipedia, “Social entrepreneurship is an approach by individuals, groups, start-up companies or entrepreneurs, in which they develop, fund and implement solutions to social, cultural, or environmental issues. This concept may be applied to a wide range of organizations, which vary in size, aims, and beliefs. For-profit entrepreneurs typically measure performance using business metrics like profit, revenues, and increases in stock prices. Social entrepreneurs, however, are either non-profits, or they blend for-profit goals with generating a positive “return to society”. Therefore, they use different metrics. Social entrepreneurship typically attempts to further broad social, cultural, and environmental goals often associated with the voluntary sector in areas such as poverty alleviation, health care, and community development.”

And so, came out to the high-tech world, the Zebra, a startup whose business model operates as per a black and white formula, combining social goals with financial responsibility and business stability. Contrary to the pursuit of the Unicorn title (a $1 billion venture valuation), the Zebra prefers to stay focused on contributing a positive social impact to the greater good of the world, while maximizing profits, because ultimately, every business needs money to survive.

Skeptics will argue that money and social good cannot be intertwined. For example, Google, whose founders in 2000 went so far as to writing “Do Not Be Evil” in the company’s ethical code, a phrase that often guided its corporate culture to such an extent that it served as a wireless internet connection password in the employee transportation, removed it from its code of conduct in 2018, without giving an explanation as to why. Which, on the one hand, is very alarming, and on the other, makes sense when you think about it: What giant company manages to maintain values ​​of goodness and honesty while making billions of dollars?

Social Entrepreneurship and Money – When It Works, It Works Big Time

Well, it turns out that there are some companies that try to combine the two, and in the meantime, quite successfully. Take, for example, the American dating app Bumble, which was established in 2014 with the feminist guideline that only women can initiate courtship. According to the charismatic and dominant founder and CEO, Whitney Wolfe Herd, Bumble not only connects people like its competitors but tries to change courtship habits around the world as a way of empowering women and as a first step towards overthrowing the patriarchy. The utopian vision of social justice drives every decision in the company from recruiting, 82% of whom are women in almost all management roles, to marketing strategy through successful feminist women representation such as Serena Williams, who even invested in the company, and up to changing state laws when Wolfe Herd launched and ran a successful Texas law lobby that made sending nude photos (such as male genitals) against the will of the recipients illegal in the country in June 2019. According to TechCrunch, Bumble is currently valued at $3 billion. Not too shabby for a social startup.

Another example is the Israeli-based InsurTech (Insurance Technologies) company, Lemonade, which operates a website and a mobile app according to the P2P model (i.e. Peer to Peer, consumer-to-consumer) where insurance can be purchased for renters and apartment owners. According to Michael Eisenberg, co-founder of Aleph Venture Capital, that invested in Lemonade, there were a number of reasons for investing that included the professional team, moats, the market size, the venture stage, and on top of that, the social mission:

“We believe “Mission-Driven Cultures Win.” Shai and Daniel both have a mission to turn insurance into a social good. They wanted people to help other people (P2P) achieve financial safety and security. We want to be part of mission-driven businesses because they are important and because they attract the best talent.”

In April 2019, Lemonade announced a huge $300 million funding deal at an estimated value of more than $2 billion – making it not only a Unicorn but one of the highest-valued private companies in Israel.

How to Turn Your Venture Into a Winning Social Enterprise

First of all, you need a genuine desire to do good in the world, any pretense will not last long and your employees, investors, and customers will see through it, so don’t fake it. Got a real desire to do good? Awesome, let’s dive in:

In a Forbes interview, Wolfe Herd argues that if you face a particular problem in your personal life, chances are that other people are facing it too, and so if you solve it – you’ll find success. That means that the best way to become a winning social enterprise is to focus on solving a social problem in the first place. To that end, you can use the United Nations’ Sustainable Development Goals (SDGs) that were made with the aim of creating a better future by addressing global challenges related to poverty, inequality, climate change, environmental degradation, peace, and justice. However, even if your product is not social at its core, you can always make it available for a needy population by lowering its price, changing the business model, or even changing the overall product strategy to fit the population’s specific needs or to attend a specific crisis event, as many companies did during the coronavirus.

Another way to promote a social agenda is through Cause-Related Marketing (CRM) that connects the company’s marketing and sales goals with a non-profit organization or a social cause for mutual benefit (and not just in times of crisis like the coronavirus). The potential business goals are: developing customer trust and loyalty, improving the corporate image, increasing customer traffic, and ultimately increasing sales. The potential social goals are: raising awareness and understanding of a selected social issue, increasing the number of volunteers and social activists, and/or fundraising.

An additional way many companies choose to take is to have volunteering days with their employees followed by sharing the event on social networks and media, thereby contributing to the community in a practical way, while instilling social values in-house, and strengthening corporate social responsibility (CSR) image in the public eye.

A social startup has to deal with all the challenges of a regular startup, and on top of that, the challenge of changing people’s habits and worldviews to realize some utopian vision that humanity has failed to fulfill to date. So obviously, you’ll get plenty of skepticism from the outer world, you really don’t need it from the inside of your company as well. Therefore, in order to succeed in the entrepreneurial world with a social startup, you must get the kindest, most optimistic, most talented people who will be completely committed to your mission from the get-go because they were passionate about it before you even met. Thus it is not enough to find professional workers, at least not at first. Your core team members are the ones who will build the foundations of your company, and so they need to have a spark for social giving in their eyes and some volunteering experience, open-source development, social good hackathons, mentoring, or donating background. This is also true for the advisors you recruit to help you advance your venture, and of course, your investors, whom you want to have on your side in every business decision you make.

Chances are, you have competitors whose products meet some of the needs of your target customers. Don’t be alarmed, you can still win this game by adding the most important ingredient of the entrepreneurial formula – “Value”. Yes, the louder your value resonates with your customers, the better the chances for you to transcend the entire market. In social startups, the social mission is leading the product strategy, marketing, business connections, and employee engagement. And therefore, by using your product, your customers not only enjoy the technological value, but they also feel part of a common social purpose that they are proud of. In other words, if you have succeeded in not only touching your customers’ daily lives but also touching their hearts – you have earned a loyal customer base, which is essentially the main goal of any business.

As mentioned, you will constantly run into many moral conflicts as the need for survival will drive you crazy at night. Money, competitors, customers, investors, employees – they will all try to rattle you. However, as a leader with a social vision, you need to learn to deal with all the noise and find the kings or queensroad in which you can combine your social purpose with a smart business model and a real value to your customers that will make them come back for more.

“Anyone that is willing to challenge the status queue is going to be met with a lot of naysayers. That is just how it goes, people don’t like change. But if you set your mind to it, if you stay extremely loyal to your values, to your team, to being a good person in your day-to-day life, and you work harder than you ever thought you’d ever have to work – there will be light at the end of the tunnel.”

True, the reality is not black and white, and it’s not easy being a Zebra. But there are, and there will always be, some crazy individuals who really want to make this world a little bit better. If they succeed in their quest or tumble into greed – only time will tell.

The Rise of Impact & Sustainable Investing

Founding an Investment-Worthy Startup With a $100 Budget

How to Build a Winning Team for Your Startup

We invite you to join the circular economy revolution to improve people’s lives, contribute to a greener world, and build sustainable businesses. Subscribe to our newsletter and follow our socials to get fresh updates!

Made with ❤ by Efrat Shalem

We use cookies to ensure that we give you the best experience on our website. If you continue to use this site we will assume that you are happy with it.